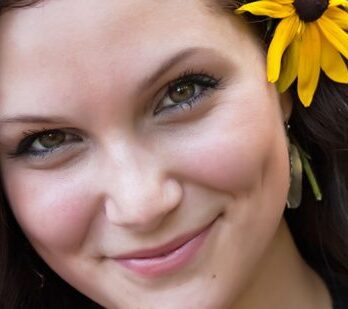 Internal resonance, balance, energetic practices, creativity and a connection to the planet (earthing), lack of stress, deep breathing, exercise, good sleep and an inner connection to ones higher purpose, are absolutely the most important factors in anti aging, and all create an inner beauty.

However you find these is a unique journey, and the ways are as varied as the people on the planet. These feed our spiritual, energetic side or life force, which in turn feed the physical and are the most important factors to vitality, I believe.

The following are the first two tips of my top 10 gifts to the physical, and when provided with love, nourish and feed the cells that are so graciously carrying us through this lifetime.

Cellular regeneration appears to be closely tied to the body’s ability to transport oxygen across cell membranes. This is a primary function of organic sulfur.

The skin is the largest organ in the body, and it’s similar to a huge kidney or lung. Sulfur, is known as “the beauty mineral,” because skin is more beautiful if its cells are able to regenerate. The skin is the backup for the liver, and someone in liver distress shows it in the cells of their face and skin. Not only does it help skin, but also it helps all cells regenerate, everywhere in the body. The result is a well functioning body but also beautiful skin, hair and nails.

Sulfur, with an atomic number of 16, is known to bond with almost every other mineral. Sulfur has demonstrated its ability to detoxify heavy metals in conjunction with the transport of oxygen across the cell membrane, thus allowing regeneration. Sulfur is also the key player as a precursor for the utilization of amino acids, the body’s building blocks. Of all of the amino acids, some 70 percent are sulphur-based.

Additionally, and for the last 100 years, the horrendous increase of air-born pollutants, chemical toxins, heavy metals in food (especially fish and sea food), artificial growth hormones, stress, pesticides, GMOs, microwave ovens, destructive pharmaceuticals, vaccines, flavor “enhancers” like MSG, and processed foods, all contribute to the increase of illness, trauma, body-cell damage, and immune-system deficiency. Our “modern era” toxic-stress load is hundreds of times more a burden on our physiology and psychology than at any time in the past. As illness and stress increase (both biological and emotional), there is a concomitant requirement for an increased need for organic sulfur.

At the beginning of taking organic sulfur, often there are detox symptoms (a good sign) such as, an achy-flu like series of sensations or a few mild headaches.I highly recommend the slow increase. When I started I was keen and felt I was quite healthy so ramped up quickly and had definite detox symptoms, including fatigue and headaches.

Detoxification cannot happen with MSM that contains anti-caking ingredients, (as found in many capsule forms of MSM) because these fillers block the bioavailability of sulfur to the cells. In order to gain benefit from Sulfur one must fine a pure, uncontaminated form of MSM, an Organic Sulfur—coarse crystal flakes, which are pure.

Fish oil, also known as polyunsaturated fatty acids (PUFA), are essential fatty acids, which are substances that the body cannot manufacture. They are vital to the human body function, and must be acquired through food. They play a crucial role in brain function, as well as normal growth and development.

PUFA’s also have beneficial affects for skin. Omega-3 fatty acids benefits affect the epidermis, the skin’s outer layer. As we age, the cells become thinner and less sticky. This decreases the barrier function of the epidermis allowing moisture to be released from the skin, causing dryness. Also as epidermal cells start to decrease, the skin slowly loses its ability to repair itself efficiently. Simultaneously, the structural elements that support the skin may start to thin. Omega-3 fatty acids feed the skin cell membrane of the epidermis. There is an increased ability to utilize nutrients and there is an increased ability of the cell to hold onto water. With an increased ability to hold nutrients and water, it leads to moister, softer skin, which promotes wrinkle prevention.

Omega 3 fatty acids also protect against UV damage and have anti-inflammatory properties, helping heal and protect. Numerous studies have demonstrated the benefits of omega-3 fatty acids for the heart, decreasing the risk of heart disease. Other benefits include reduction of inflammation and may help lower the risk of chronic diseases such as diabetes, cancer and arthritis

Omega-3 fatty acids are found in fish like salmon and mackerel, algae, krill, and certain plants and nut oils. Since these fatty acids have so many benefits for the skin, it seemed only logical that topical application in the form of a face cream could have even greater benefits. Anti-aging facial creams are being developed with omega-3 derived from Algae… After all, the fish get their omega-3 supply from eating algae. (Chlorella).