Evolutionarily, the stress response was designed to keep us alive and safe. The caveman who did not respond to the presence of a saber-toothed tiger would have made a great lunch. So it makes sense that we are pre-wired to have the stress response.

The part of the brain involved in the stress response is in the limbic part of the brain called the amygdala. It is often referred to as the reptilian or lizard brain as in evolutionary terms, it is ancient and primal, keeping us safe. The amygdala signals that we are under ‘attack’ and tells us that we ‘lack’ so we gather more resources to survive.

The Sympathetic and Parasympathic Nervous Systems

When the gas petal or sympathetic nervous system is activated, it’s response is fight, flight or freeze. In this state the body is aroused; heart rate increases, blood vessels are constricted to keep the blood flow to the major organs, blood pressure increases and digestion slows down. The parasympathetic response or the brake, helps us restore, refuel and relax. It is often referred to as the rest and digest system.  The body is required to be in this state to heal and repair.

Robert Sapolsky, professor at Stanford University, has defined stress as anything that knocks us out of homeostatic balance. It will move systems from functioning out of normal range. When animals become stressed, they return to a level of homeostasis quickly thereafter. They go back to grazing or caring for their young. With humans however, we can continue the story in our heads. Our frontal lobe allows us to think on a deeper level. This can help us reflect on deeper meanings and can also get us excited about new adventures, but it can also cause us to worry or ruminate about stressors in the past or anticipate possible stressors in the future that might not even happen. As Mark Twain quoted, “I’ve had a lot of worries in my life, most of which never happened.”
Stress can actually be helpful to people. It can give them motivation and help them perform. Sometimes we need the deadline to keep us on task to finish the job, but research indicates that many people experience chronic stress. Prolonged or chronic stress can produce wear and tear on our minds and bodies and also effect our behavior.

The amygdala cannot tell the difference between a real threat like a car coming at you driving on the wrong side of the road, (which happened to me in Australia only it was me who was on the wrong side … Oops) and perceived threats that are thoughts, feelings and beliefs in your mind.  Sometimes the amygdala can become over sensitize and activate a strong stress response for something as simple as a traffic delay.  The amygdala can even forms associations with random or neutral events like the words: test, sport, or plane, as I have become familiar with as a teacher and consulting hypnosist. The word fear has been commonly given an acronym –  F.E.A.R. – False Evidence Appearing Real, because that is what is often happening.

Walter Mischel designer of the famous marshmallow experiment, describes the brain having a hot and cold system.  The hot system, the limbic system, where the amygdala is located, is emotional and reflexive.  The cold system which is slower, cognitive and reflective is associated with the prefrontal cortex.  When the amygdala, the hot system is activated by either perceived or real threat; the frontal lobe, the cold system, the area of the brain where good decision making, self regulation, weighing consequences of action, and rational thought is located, is deactivated. A metaphor useful for describing the way these two systems operate is a teeter-totter or see-saw; if one of the systems is really high, the other must be low. A lot of us have observed this when witnessing someone in the heat of emotion. An angry person who is emotionally charged and has activated the limbic parts of the brain, are often not logical or even rational. Their argument often makes no sense.  Parents and teachers have learned that it is almost impossible to have a rational discussion with an emotional child or teen. We wait until they have calmed or cooled down and their cold system is working to discuss the issue.  A highly emotional state turns off the cognitive part of the brain and this  could explain why the stressed out kid says to me that their ‘mind goes blank’.

Studies have shown that relaxing students before a test or performance can significantly increase their results. Their cognitive brain is functioning better in this state.  Being too rational, logical or having the emotional brain turned off, ‘like Spock’, can lead to people lacking in compassion. A good goal would be to develop equanimity or resilience and be able to balance the hot and cold systems and the see-saw.

Stress is universal and unavoidable, but the key is to learn effective ways to deal with it

There are things that we can learn to do to maintain equanimity when faced with stress so that we can become more resilient. It is ultimately how we deal with stress, that will effect our well-being.  Anything that calms the amygdala will release the stress and make you feel relaxed. When you are relaxed the level of stress hormones drop, and health-inducing hormones like oxytocin, dopamine, nitric oxide, and endorphins are released.

Here are some good ways to activate the parasympathetic nervous system and turn on the relaxation response:

Another great way to relax would be hands on work like massage. But of course my personal favourites would be meditation or hypnosis whether they are self-guided or otherwise.  They both are great ways to calm down both the amygdala and production of stress hormones like cortisol.  It is what I call my ‘mental massage’. 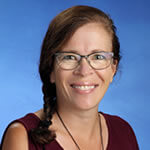